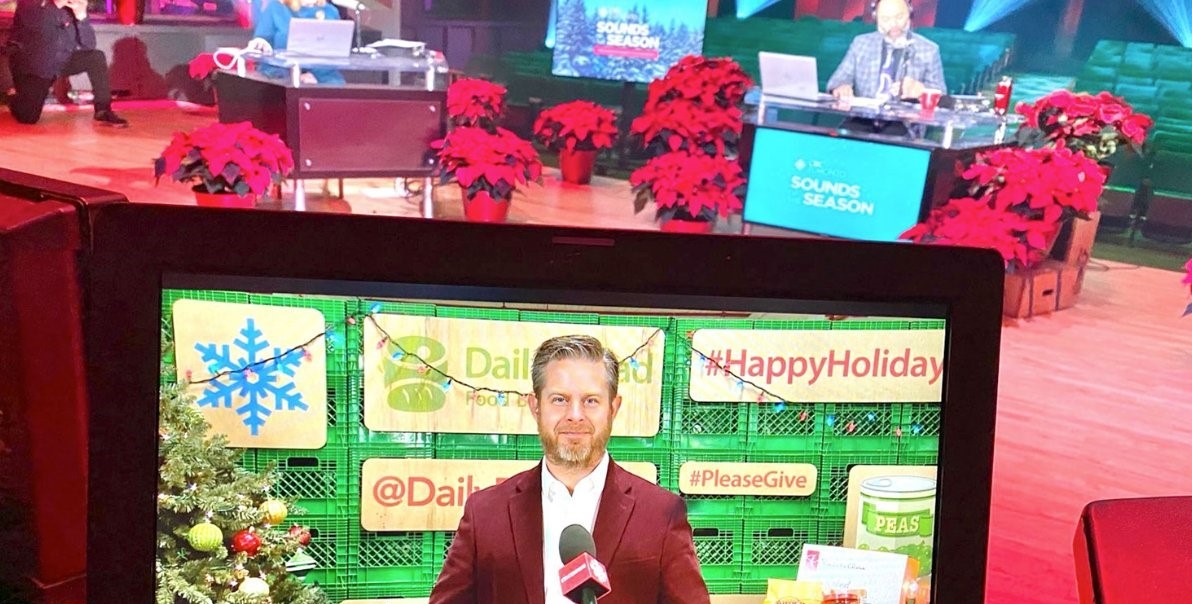 This year, CBC Toronto’s Sounds of the Season fundraiser looked a bit different. While we couldn’t all come together at the Glenn Gould Studio for the annual CBC Open House, a Toronto tradition, the month-long campaign in support of food banks across the GTA was an incredible success raising a record breaking $1.1 million!

We kicked off Sounds of the Season on December 4, bright and early on Metro Morning with Ismaila Alfa, live from Daily Bread Food Bank! With live performances by Chilly Gonzales, Bahamas, Kaia Kater and Exmiranda, listeners got to join in and share the spirit of kindness by helping those who rely on food banks.

With four special days of programming throughout the month, Sounds of the Season supporters also had the opportunity to hear from members of the community experiencing food insecurity, one of the most important elements of the campaign.

We heard stories from single parents currently using a food bank, and individuals who had to access a food bank for the first time, due to COVID-19, and were able to get through difficult periods thanks to the supports offered by food banks.

We would like to extend our deepest gratitude to everyone who shared their story. With their voices, they helped others in the most meaningful way. And thank you CBC for amplifying those voices and raising awareness and much needed funds as we distributed 87 per cent more food during this holiday compared to 2019.

At Daily Bread, we believe that food is a human right and no one should go hungry or face barriers in accessing food. On behalf of our member agencies and the thousands of individuals served through our programs, THANK YOU to everyone involved in making Sounds of the Season 2020 such a success. You have impacted the lives of thousands across the city.


Filed Under: Partnerships Donors Sounds of the Season Events

What an inspiring night! On February 1, Daily Bread Food Bank had the honour of… Read More